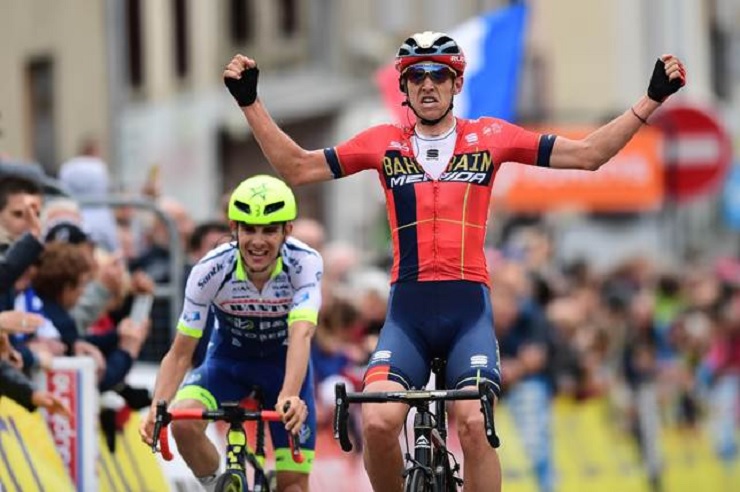 “This is a special one. I had to wait long, almost 24 months to get the victory again,” said Teuns.

With 19km remaning Martin accelerated out of the front group, which consisted of 12 riders, and only Teuns was able to follow.

Into the final 5km the leading duo had 22 seconds in hand on the chasers, before Pinot attacked with Lutsenko on his wheel.

Woods linked up with Pinot and Lutsenko, with Froome, Quintana, Yates, Fuglsang, Poels and Petr Vakoc (Deceuninck–Quick-Step) just behind.

With 2km to go Pinot, Lutsenko and Woods were brought back by the Froome group.

Teuns ultimately led into the finishing straight, with Martin opening his sprint, but the former proved the strongest.

“On the last climb it was just about making the difference. Guillame was a good companion in the break. We were the strongest on the steep climb and in the end it was a man on man sprint and I’m super happy I could finish it off,” said the stage winner.

Edvald Boasson Hagen (Dimension Data), who was the overall leader heading into today, came home one minute and 48 seconds down on Teuns, which meant the Norwegian lost his maillot jaune.

“It’s a dream come true to have the yellow jersey of the Dauphiné and to win my first lion,” said Teuns.