The 18-year-old, who lives in Vryheid, won both the U19 individual time-trial and the road race.

“It’s definitely a very good confidence booster going into the next big race, especially knowing that my form is good,” said Janse van Rensburg. She was referring to the national marathon mountain-bike champs in Pretoria this weekend. 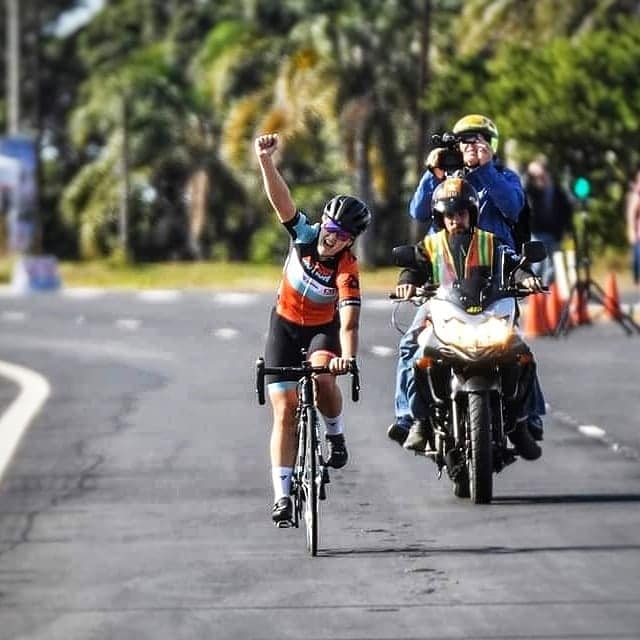 “I think it’s good to know that I can actually compete and win races at this level.

“This achievement will also put my name out there.”

For the homeschooler winning the road title was one of her goals for the year, while she only decided to do the time-trial a week before the event.

“With the road race I knew I had to make a solo breakaway to avoid a sprint finish, which is something I still need to work on.

“The most crucial moment for me was when I attacked on the last climb on the third of five laps. I made a decent gap there and I had to dig really deep to keep the gap on my biggest competition [Kelsey van Schoor].

“I thought I was going to pass out if the finish didn’t come.”

“With the time-trial my goal was to race as hard as I could, knowing I had a chance of winning.”

During the race her big gear stopped working but she kept focus by telling herself she wanted the win.

“Luckily it paid off. After crossing the line I started crying and felt very relieved and thankful,” said the Karkloof Classic champion. She won the race in 18:03, with Van Schoor second in 18:16 and Sophia Friedrich third (18:49).

The Absolute Motion rider, who took part in the national champs for the first time, said it was a well-organised event on an “awesome route”.

“It was also really good to see how the sport is growing amongst the youth.”

One of her short-term goals now is to be selected for a world championships as well as to win a national title in mountain-biking.

“A long-term goal is one day to represent my country at the Olympics and win a world champs.

“I also want to give back to this amazing sport and inspire others. With God all things are possible.”