Ashleigh Moolman Pasio, who was runner-up in last year’s Giro d’Italia Femminile, or Giro Rosa, is feeling confident as she targets another top result in the 10-stage tour that starts in Cassano Spinola this afternoon.

The 33-year-old South African road champ, who finished third overall in this year’s Tour of California, said the Italian tour was always a highlight of her year.

“It’s a race I’ve done since 2010, with the exception of two years. So I do have a lot of experience.

“It’s also an event I’ve always performed well in so it’s definitely a target for me,” Moolman Pasio told In the Bunch. 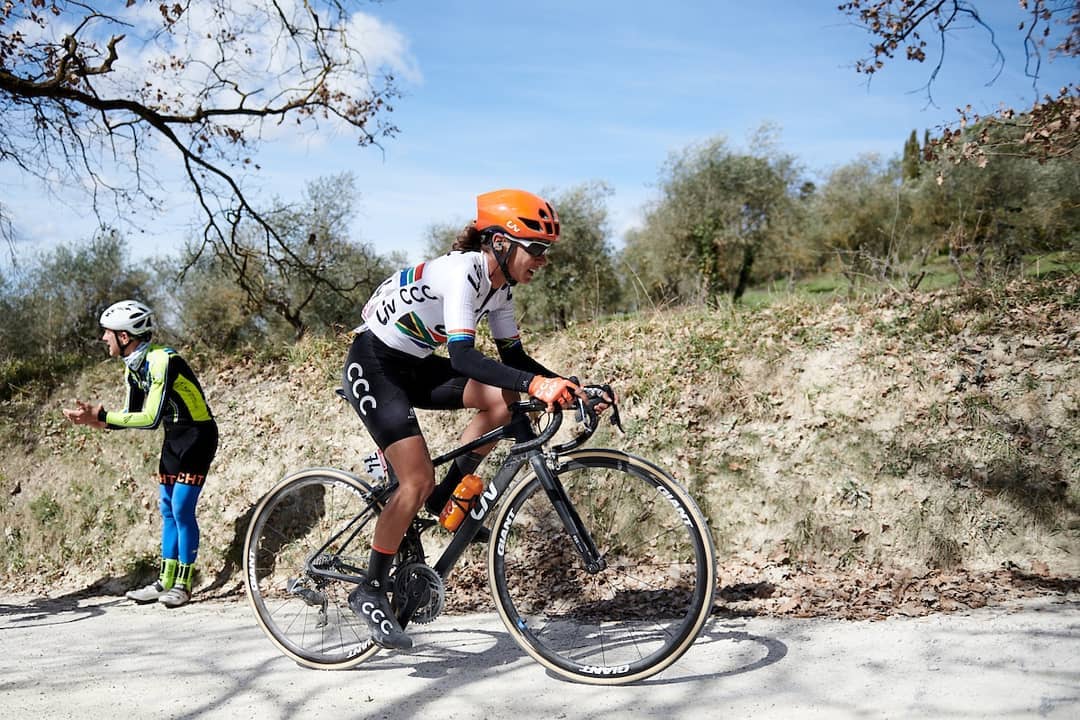 She added that she was going into the tour with an open mind, knowing that the course, which would not include the Passo Gavia summit, was tough.

“It’s not as predictable as last year because almost every stage contains climbing, not necessarily a super hard uphill finish each time but there are hard climbs along the way.

“This will make it an exciting and unpredictable race.”

Moolman Pasio, who placed seventh in April’s La Fleche Wallonne, said it had not been the smoothest of run-ins to the Giro due to bad luck in races at crucial moments.

“I’ve had some bad-luck crashes. Unfortunately my last one was in the women’s tour in the UK three weeks ago so that was a little bit of an obstacle.

“I did make a good recovery and it thankfully didn’t impact my preparation too much.”

The CCC-Liv rider said her main contenders would be Annemiek van Vleuten, who is the 2018 Giro champion, and Anna van der Breggen, who won this year’s Tour of California and La Flèche Wallonne.

“I do feel confident knowing I have a great team around me with a lot of experience of what it takes to win a Giro, like Marianne Vos who has won a couple of times.”

The tour kicks off with an 18km team time trial between Cassano Spinola and Castellania.

“It’s actually a very tough stage because there’s quite a lot of climbing plus a technical descent in the middle,” said Moolman Pasio, who starts her race at 3.33pm.

“Overall, I’m looking forward to the journey with my team. Let’s see what it brings.”

View the stages for the 2019 Giro Rosa below: