Pieter du Toit set out to win the 50km event at the Kgaswane MTB Race in Rustenburg on Saturday and he did just that.

The 20-year-old finished the race in 2:03:14, with Alan Gordon and Shaun-Nick Bester second and third respectively.

“The objective was to win. I also competed in the race for the training because there was a lot of climbing and that is the best training to do in racing.”

The Potchefstroom resident said the victory was a good morale-booster for him. 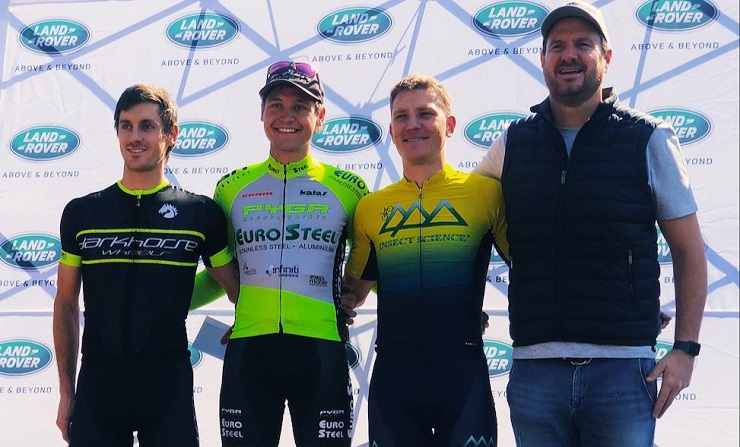 “It was also a motivating factor as my last few mountain-bike races were not the best.”

The Magalies Monster MTB Classic champion said 8km into the race Gordon rode to the front of the bunch on a climb and started to pick up the pace.

“When we were halfway up the climb it was only Alan, John-William Lang and me.

“We then turned onto a tough single-track climb and I managed to go in first. As we went down the first trail I went as fast as I could and managed to make a small gap.

“Then the long climb leading up to the KOM approached and I pushed hard for as long as I could.”

Du Toit said he continued to ride as fast as possible all the way to the finish.

“I’m happy it worked out and that I managed to win.”

The Pyga-Eurosteel rider felt the route suited him as the climbs were long and steady.

“That is what I like. The downhills were rough and loose and I like the sketchier descents.

“The weather was also ideal as it was a cool day with perfect temperatures, which helped a lot for us not to overheat.”