An emotional Thibaut Pinot withdrew from this year’s Tour de France 40.5km into the 19th stage that finishes in Tignes today.

The French Groupama-FDJ cyclist, who was lying fifth overall, just 1:50 behind leader Julian Alaphilippe (Deceuninck-Quick-Step), showed signs of fatigue on the Galibier yesterday. 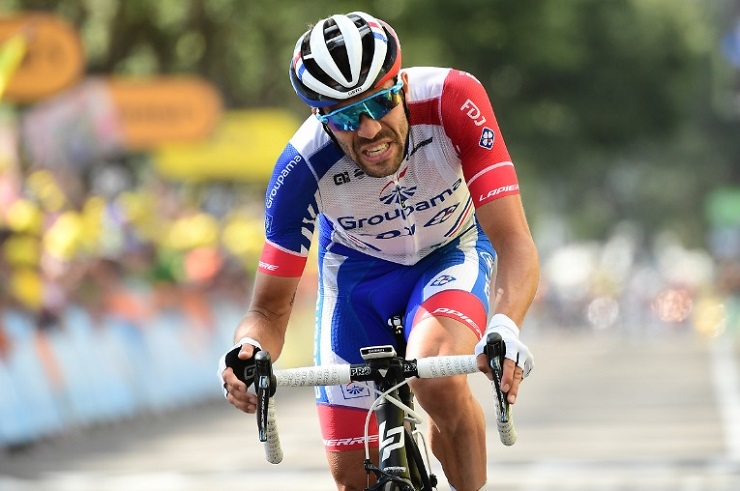 During today’s stage Pinot, who won stage 14 on the Col du Tourmalet, was visibly struggling with pain in his left thigh and knee.

His distress was evident as he climbed the Montee d’Aussois alone, 3:51 down on the escapee riders and three minutes behind the yellow jersey group.

With 86km to go, Pinot was in tears as his teammate Mathieu Ladagnous rode next to him before he rolled to a halt and climbed into the team car.

His team announced in a statement on social media that Pinot suffers from a muscular lesion in his left thigh.

Thibaut suffers from a muscular lesion on his left thigh. Yesterday, he finished stage 18 with a sharp pain and had troubles walking in the evening. His condition didn’t improve today, he just withdrew from the #TDF2019.

Pinot ended third overall in the 2014 Tour and was first in the young rider classification.