In the Bunch had a “sit down” with Cape Epic founder Kevin Vermaak during lockdown to find out what impact – emotional and material – the cancellation of the 2020 race had on the organisers and riders. We also caught a glimpse into what can be expected in 2021. 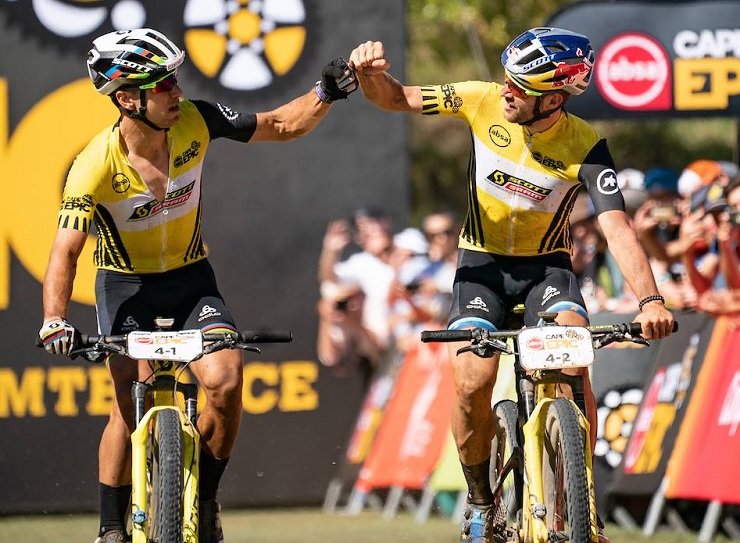 According to Cape Epic founder Kevin Vermaak the cancellation of the 2020 race was something they had never even considered. Photo: Greg Beadle/Cape Epic

In the Bunch: We bet Covid-19 wasn’t written in the stars. What are your plans going forward?

Kevin Vermaak: The cancellation of the 2020 Cape Epic was something that we have never experienced or even considered. Since the cancellation, we have been working tirelessly to ensure that we can offer this year’s teams the best possible option in terms of securing an entry into next year’s event, which is set for March 21 to 28. Our team have been conducting audits and recons into expenses in an attempt to determine what elements can be rolled over to next year. What is certain is that we will use the same route, with a few elements and trails being fine-tuned. We plan to make the 17th edition one for the history books.

ITB: Will you include and/or remove any elements from the 2020 race for next year?

KV: With the route being the same, it means that we will return to the same towns and race villages. The decision to use the same route is not because we do not want to create a new one, it’s because we want to showcase the amazing trails we had planned and to uplift the various towns and communities through which the race was set to pass.

ITB: What were the positive and negative repercussions of cancelling the event?

KV: As you can imagine, we have received a mixed bag of responses. On a positive note, we have seen how the mountain biking community has rallied together. One such example is how Zwift, one of our event partners, offered riders the opportunity to use their form and compete against the world’s finest riders in a virtual Cape Epic Race Week. It was amazing to see how riders from the farthest reaches of the globe took up the challenge and tried their hand at online racing.

ITB: You received a lot of support from participants. How did it make you feel to have such a supportive community?

KV: The positive responses really uplifted us. We completely understand the disappointment, anger, frustration and wide range of emotions that riders were going through, but I want to assure you that we were experiencing the exact same. We were full steam ahead right up until we were forced to cancel and the team, who’d been working for roughly 18 months on this event, felt as if the carpet had been ripped out from under their feet. Receiving mails from riders saying they completely understand and thanking us for putting their lives first really does make the bitter pill a tiny bit sweeter.

ITB: As founder, how did the cancellation make you feel?

KV: The Cape Epic has a rich history in terms of how it has developed from ideation to the world’s premier MTB stage race. In the first few years, many riders felt that we were ripping them off with the high entry fees and that we were making a ton of money, but the reality is that we were losing money hand over fist and with each year’s entry fees we were paying back previous years’ debts.

This race is a part of my being and being forced to cancel something that we dedicate our working careers to is something that is devastating on morale for everyone. Walking around the University of Cape Town on what would have been registration day was a surreal experience. I was struck with complete despair and sadness for riders who had devoted so much time, effort and money into preparing for the event.

I chatted with a few of the Epic staff who were there in an attempt to still offer the class-leading experience that we pride ourselves on and they all echoed my sentiment. We are all still dealing with the cancellation and it is going to be a challenging road to recovery for us financially. Something that is equally daunting is the reputation management that is going to be so essential for the foreseeable future.

ITB: What would you like to say to riders who would’ve taken part this year and those planning to do so next year?

KV: To the 2020 riders, I would just like to once again say that I’m sorry that this year’s event was cancelled. It was taken out of our hands and we have dealt with the repercussions as best we can. We also believe that we have put a very fair and enticing offer on the table to all the 2020 registered teams and we hope that it is appealing. To riders taking up the challenge next year, all the best for your preparation and we look forward to seeing you on the start line. But, for now, I urge you to stay safe and to look after yourself and your families while the world endures this exceptionally tough time.