It was a special race for the Active Bodies team as they set a record at the Double Century in Swellendam today. 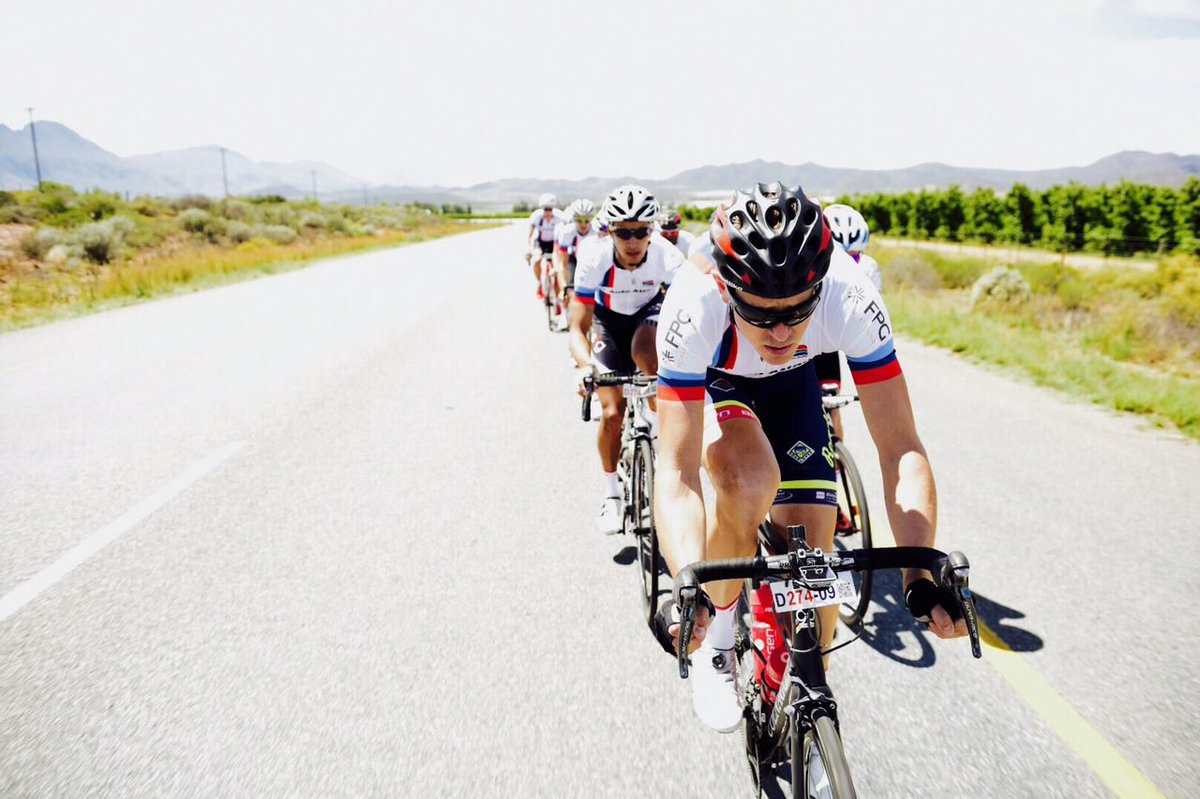 Active Bodies set a record at the Double Century in Swellendam. Photo: twitter.com/TheCoronationDC

Smit, who was part of RoadCover’s winning team last year, said the whole team had set out motivated to win.

“There was a bunch of kids here today that we wanted to inspire to cycle, so that was actually the main cause for the team’s performance,” said Smit, who has signed with Katusha-Alpecin for the 2018 season.

“Active Bodies had been second and third previously, so to win it today was really nice.”

One of the last teams to start, they battled through headwinds for the first half of the 202km route, but created a comfortable time gap between them and their competitors.

Hill and Potgieter experienced problems roughly 150km in, but made up ground and caught what remained of the group at the halfway point.

Their efforts to rejoin the group took a toll on the Scottburgh MTB Race winner as Hill started to struggle 30km from the finish.

James Fourie’s race came to an end just 15km from the finish when he also punctured.

“You never know what can happen in a race like this, Smit said. “It’s a long way; you never know how everyone is going to feel at the end. We just made sure to look after each other,” the three-time Lowveld Tour winner added.

Their teamwork paid off when they crossed the line in 4:30:12, eight minutes ahead of Alfa Bodyworks Racing, which included the in-form Nolan Hoffman, HB Kruger and Shaun-Nick Bester.

“The win today is just a bonus really and highlights what the sport is about,” said Smit.

“Every time there’s a cause or purpose behind something it’s more special.”

Mad Macs pb häzz rounded out the podium as they finished in 4:40:24.

NEXT ARTICLE | Origin of Trails photos – View the action