Swiss rider Ariane Lüthi is back to defend her title at the Simonsberg Contour MTB Stage Race in Stellenbosch this weekend.

The recently crowned Attakwas Extreme MTB Challenge champion said this would be her third time lining up for the two-day mountain bike event in her hometown.

“Last year it was a tight race and I managed to win it ahead of Esther [Süss]. The first day I got away with some men which formed a gap on Esther. The second day was a sprint finish.” 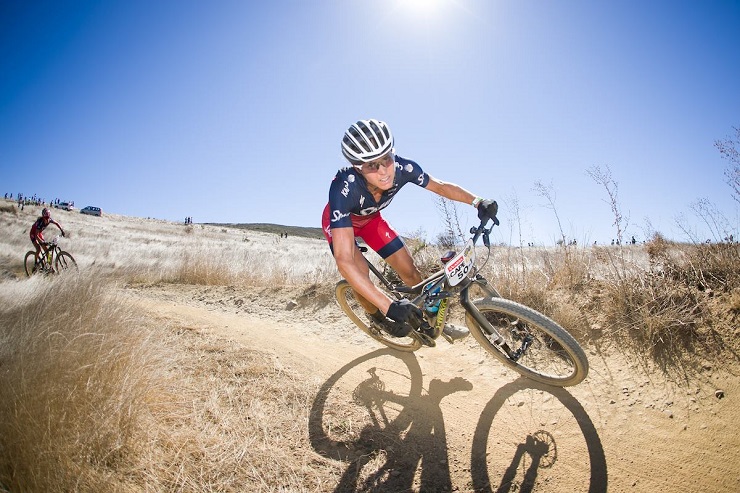 Lüthi said her other strong competitor for this race, TransBreede Ultra champion Jennie Stenerhag, fell ill before the first stage last year – otherwise she would have been a strong force to be reckoned with.

“This year she is back in racing mode and I will have to beat her and Esther in order to defend my title.”

Lüthi felt it would also come down to who had the freshest legs and who could start fast.

“Being basically all on the same level you really need to have your head together, be mentally tough and be able to suffer when it counts. You also need to be very sharp and attentive to all the moves of your opponents.

“It’s always good to know the routes and the finish if it comes down to a sprint. You have to be ready to suffer basically – that’s the most important I guess,” she said.

The Team Spur rider and five-time Cape Epic winner added that the race was not her main priority goal, but more of a training opportunity.

“It’s a preparation race for us. I personally rank my racing in my calendar. I’ve got priority A, B and C races. The Cape Epic would be an A priority race, the Tankwa Trek a B priority and the Simonsberg Contour a C priority.

“It’s just a perfect opportunity to test the racing abilities and practise my tactics and technical riding. It doesn’t mean that I’m not going to give my best and not try and win,” added Lüthi.

The Cape Pioneer Trek champion said her goal was to be on the top step of the podium again, but that it was not as important as the training that came with it and being able to ride at high intensity over two days.

The Simonsberg Contour covers 55km on the first day and 58km on the second. It is also the only event that utilises the well-known Never Say Neverending Again Trail – a 10km single-track section that is one of the longest continuous pieces of trail in the Western Cape.

“I absolutely love this trail, especially the rocky descent – which I think definitely suits my style of riding.

“That’s where I managed to put Esther under some pressure last year, so we’ll see how I feel going into that this time,” said Lüthi.