The Groupama-FDJ rider, who won the 200km Milano-Torino on Wednesday, completed the 241km race from Bergamo in a time of 5:53:22. 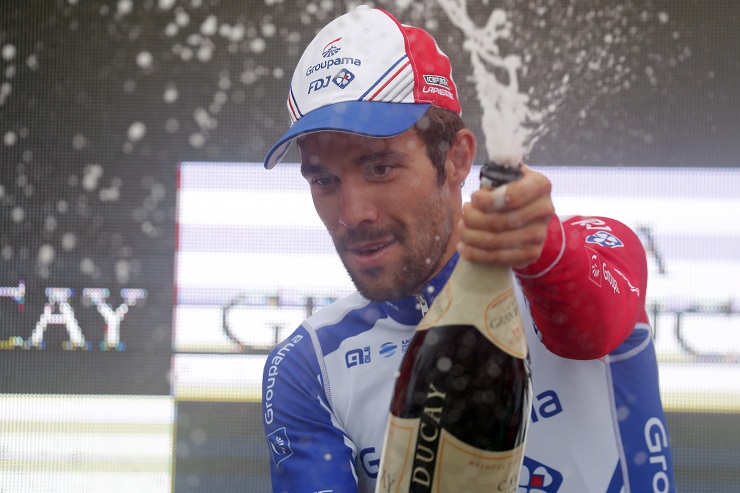 With 15km to go Pinot attacked with Nibali alongside him, but soon afterwards on a steep section of the climb, Pinot took off and the latter was unable to follow.

Pinot, who won the Tour of the Alps earlier this year, kept going and eventually had 20 seconds on Nibali.

With 9.8km to the finish the gap grew to 25 seconds and Pinot continued his solo ride all the way to the finish.

“I’m happy to win. I’m in one of the best conditions of my career, it’s great,” said Pinot, who finished sixth overall in this year’s Vuelta a Espana.

Nibali said that he still managed to “get this good second place” with the grit, which was important to him as an athlete.

“It’s a kind of redemption for all that happened – a good success.”

Nibali added that Pinot was the winner in Milano-Torino and in top condition like he was last year.

Willie Smit, of Katusha-Alpecin, was the first and only South African rider to finish after crossing the finish line in 90th position.