Vandergroup’s Bradley Potgieter hopes to achieve a podium result for the team in the 110km feature race of the Satellite Classic near Hartbeespoort Dam in North West Province on Saturday.

Potgieter finished third last year, losing out narrowly to his then RoadCover teammate Kent Main who came second and winner Nolan Hoffman of BCX, who is aiming to defend his title this year. 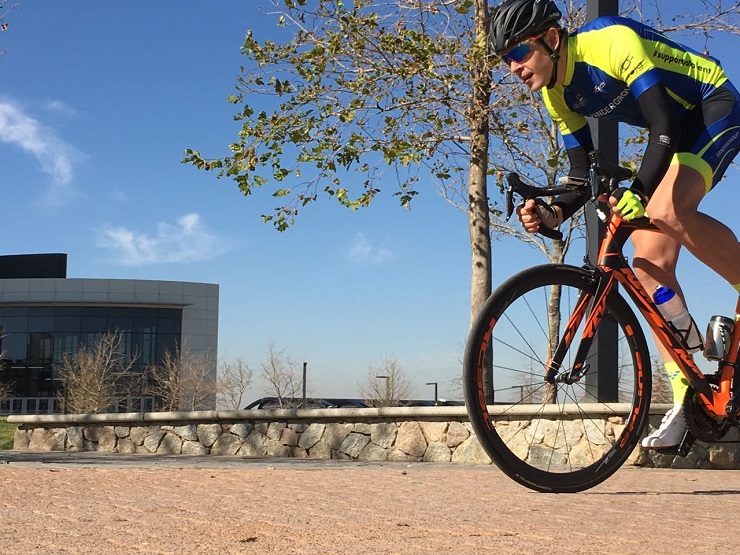 The 29-year-old joined the newly formed Vandergroup team in April this year in order to pursue a leadership and mentoring role. And he says they’re looking at a podium result as the bare minimum this weekend.

“We’re confident of getting a decent result. We haven’t had a win yet as Vandergroup but we’re always chasing it and a podium would be good for us,” Potgieter told In the Bunch today.

“I would like to podium. I’m going to give it a good shot and winning will obviously be the ultimate goal. We’ll try to race a bit differently and play the dark horse.”

Potgieter will be teamed up with Henry Neethling, Tristan Cuthbert, Ruben van der Merwe, Nick James and Andries Nigrini at the race.

He said tactically the races leading up to this weekend’s event had been somewhat unpredictable. They would need to pay attention to any moves going off the front during the race.

“I’m a bit uncertain how teams will take on the race,” he said. “There have been a lot of breakaways and small groups getting away in the previous races leading up to this.

“It’s been quite tactical, with limited numbers. We need to be represented in the moves going off the front. It will be important to be at the front for the finish.

“We’ll have to assess who is creating the moves and follow that,” he said, adding that in last year’s race a breakaway formed early on and managed to stay away.

He therefore emphasised that they would take the race on “quite strongly” from the outset. “We’re not going to take any prisoners and that’s the kind of thinking we’re putting into it.”

The route, he said, was relatively fast before decisive climbs were encountered up Hekpoort near the end.

“That climb is usually the wildcard, but the rest of the route is not that particularly challenging.”

Dylan Girdlestone of officeguru was the first rider to spring to mind as Potgieter identified possible threats ahead of the race.

“He will be going well. He’s been putting in some good training and he’s been on the podium in the last few races.

“He’s showing good form and I think he’ll be hungry to take the win,” he said.

He added that BCX also had a “well-rounded squad” and that ProTouch would be high in confidence after enjoying a successful Tour de Maurice campaign last month, which saw Gustav Basson take the overall spoils.