South African professional mountain-biker Yolandi du Toit is aiming to shake up the women’s field in the seven-day Cape Pioneer Trek which starts in Mossel Bay on Sunday.

The 33-year-old last took part in the event two years ago, but unfortunately could not complete it. She will now tackle the race with the United Kingdom’s Catherine Williamson as team Garmin.

“Unfortunately last time my partner had to pull out on day four due to a stomach bug, so the main goal this year will be to reach the finish line in Oudtshoorn alongside my teammate,” said Du Toit, who won the Garmin MTB Classic in August. 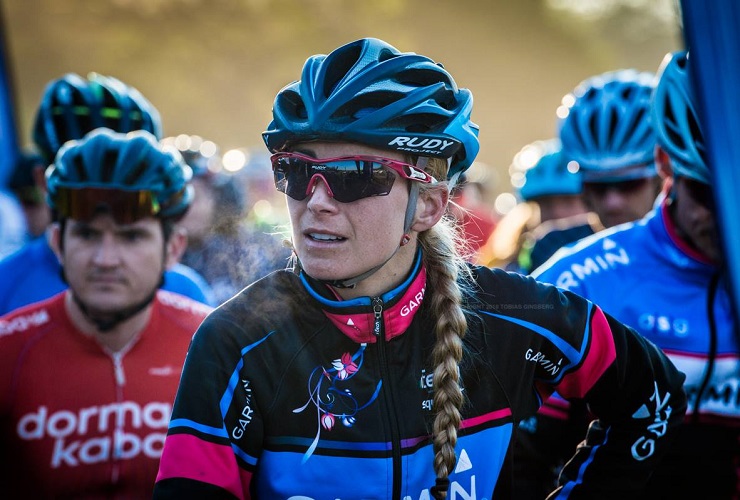 Yolandi du Toit will be hoping to make an impact in the women’s field alongside Briton Catherine Williamson at the Cape Pioneer Trek that starts in Mossel Bay on Sunday. Photo: Tobias Ginsberg

She added that the last time she competed in a stage race with Williamson was in 2012, so their first priority would be to reacquaint themselves with each other’s riding style.

“We aren’t familiar with [each other’s style] as we haven’t ridden together in quite a while, but the first goal will be just that – to get to know each other and then determine our roles.”

She said Williamson, who won the mixed-race category alongside Kristof de Neys at this year’s TransCape MTB Encounter, was always prepared to work hard.

“She doesn’t easily give up and has a positive attitude.”

Du Toit, who recently won the Berg and Bush “Descent” alongside Ben Melt Swanepoel, said the trek was a main goal for her in 2016, but this year she received a last-minute opportunity to participate in the event.

“I didn’t especially prepare for it but I always give my best in any race that I take part in,” she said.

With regards to the seven-day route, which kicks off with a prologue, Du Toit said one’s recovery after each stage would determine how the next day was approached.

She added that it was important not to focus on the competitors, but rather on your own team.

“Always race to your own strengths and never to try and beat the strengths of your competition. If you do that you’ve lost the race before it has even started.”

For Du Toit the race is part of a build-up to next month’s Pioneer mountain-bike stage race in New Zealand, where she will compete alongside her Garmin teammate Ben Melt Swanepoel.