After two challenging World Cup races at altitude, Alan Hatherly has arguably had the perfect preparation for his title defence at the South African MTB XCO National Championships in Johannesburg on Saturday.

“The big goal is the World Cup season, but it always tends to work out that the nationals are close to these races,” said the U23 world champion, who was given the tag of favourite by national XCM champion Arno du Toit.

“This makes it super easy to manage a good performance because the form is already tip-top. Fortunately, this year the races leading up to nationals have been at altitude, which helps out even more.” 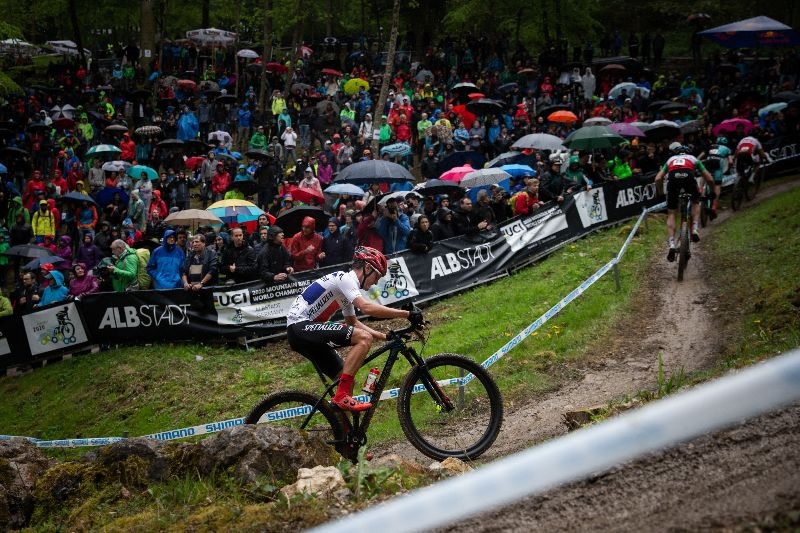 Defending champion Alan Hatherly will line up at the SA MTB XCO Championships in Johannesburg on Saturday. Photo: Michal Cerveny

Still in his first year in the elite category, Hatherly just returned from a testing two weekends on the UCI MTB World Cup circuit. He placed 27th at Vallnord in Andorra and 43rd at Les Gets in France, but felt he would be in good shape this weekend.

“It’s always tricky managing the fatigue and recovery after traveling from Europe. It’s a long flight but, fortunately, I travel so much in a season that I’ve really learnt how to manage it.

“By mid-week I’m completely back to normal and full gas again,” said the 23-year-old Specialized Racing star from Kommetjie near Cape Town who went unchallenged in last year’s race.

Hatherly said his objectives in terms of his racing career were related to constant development.

“Progression is the season goal from year to year. So far I’ve seen some decent progress so let’s see how Saturday unfolds.”

Although he didn’t identify any specific threats to his crown, he felt caution was the better part of valour.

“I always stay alert because national champs normally bring out a surprise ride by someone who has really worked towards the event.”

Hatherly said although some “fun features” on the course at Thaba Trails made it “fan-friendly”, it was a tester for the riders and, with not much opportunity for overtaking, he expected “super tactical” racing.

He said those who travelled from the coast would possibly take it easier over the first part before unleashing towards mid-race, which is where he felt the podium could be decided.

With South Africa having produced serious international talent in the past, Hatherly said the national jersey had a huge reputation on the global stage and he was hoping to be able to show it off again.

“I head off to Europe again the weekend after nationals for the World Cup events in Italy and Switzerland. I then move on to the Worlds in Canada followed by the last World Cup of the season in the United States.”