Kent Main was aiming at a top position in the recent Tour du Rwanda, but Joseph Areruya‘s victory on stage one changed Dimension Data’s plans.

They were determined to repeat last year’s victory but had not planned to claim the yellow jersey so soon in the seven-day tour, Main said after the event.

Areruya’s early stage win meant the five-man outfit had to rethink their strategy. 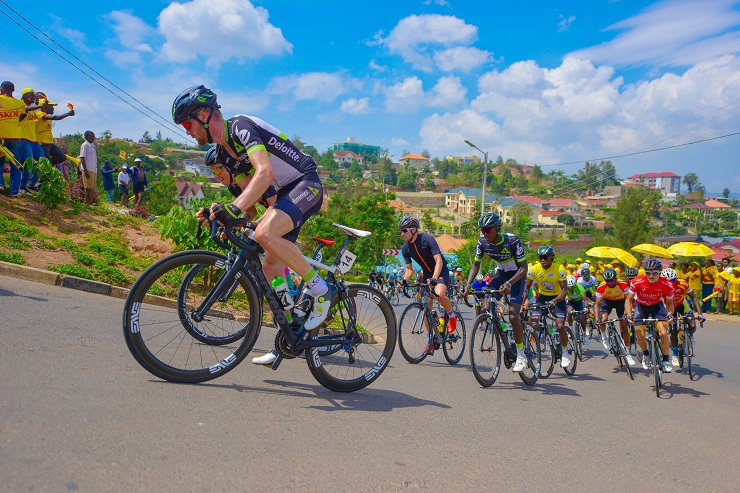 “All of us were in quite good form when we went there, but the one with the best shot turned out to be Joseph,” said Main, who finished second to the Rwandan on stage one.

Areruya took the yellow jersey and a comfortable lead of almost one and a half minutes into the second stage.

“It meant there was pressure on the team from early on and we had to sacrifice myself, Stefan (de Bod) and Sammie (Samuel Mugisha),” explained 21-year-old Main.

To make such a sacrifice was never an easy decision, but he took solace in the knowledge there would be other opportunities within the team.

“Sometimes it’s a bit tough to think about it, but you’ve got to look at the bigger picture,” said Main.

The team’s efforts paid off when Areruya went on to secure a second stage victory and the overall title. Metkel Eyob, who also won two stages, came second.

De Bod, who had been determined to finish on the top step, was 16th and Mugisha 24th.

“I eventually ended just outside the top 10, but I was chuffed to be where I was,” said Main.

“I was happy with my performance. I think I showed I could ride at a higher level than my competitors had seen me do before.”

The Tour of Good Hope winner has impressed on home soil while racing solo in South Africa during the last few months.

He was third in the inaugural Tshwane Classic after finishing second in the Satellite Championship in October and fourth overall in the Jock Tour in September.

Main plans to return to Europe with the team for the 2018 season. He hopes to spend roughly six months abroad, to improve on his 2017 results and stand on a few podiums.

Before that, though, the team would focus on the national and African championships, he said.