After finishing second last year, Gert Heyns hopes to step up to the top tier of the podium when the 80km Knysna Cycle Tour MTB race takes place on Saturday. 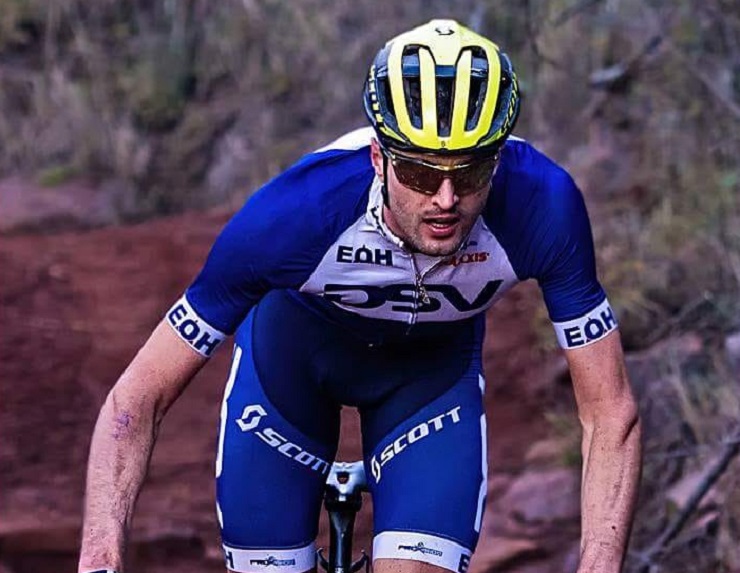 Gert Heyns hopes to step up to the top tier of the podium when the 80km Knysna Cycle Tour mountain-bike race takes place on Saturday. Photo: Bezhoek Extreme/Supplied

Beukes has withdrawn from this weekend’s race because of illness, but Heyns, from George, has other reasons to be confident.

“I feel I’m in better form than last year,” he told In the Bunch today. “I think I have a good chance. I definitely want to go one better and win.

“Being from George, this is like a local race for me. I have done it a few times; since I was small. It would be great to win it.”

He is, however, wary of Beers, who has won the overall Mpumalanga Tour and the sani2c Race alongside teammate Nico Bell this season. He also finished fourth overall in the Tankwa Trek with Bell, which boasted several riders from abroad.

“Matt is in really good form. He is always strong and I will have to watch him,” Heyns said. “It’s unfortunate that Matthys had to withdraw, but there will be other threats.”

One thing he learned last year is the importance of getting an advantage on a decisive climb.

“Last year Matthys got away on one of the climbs about halfway through and I was not strong enough to go with him.

“From there, it is quite a fast ride to the finish and I was unable to catch him. It ended up in a sprint for second between Matt and me.”

If he can open a gap on that climb, he should be able to stay ahead, he said.

Heyns, who won the 99er Cycle Tour, the Herald Cycle Tour MTB race, the Winelands MTB Encounter and, more recently, the Bezhoek Extreme MTB Festival, wants to use the Knysna race to build on his form.

“I have managed to do better this year, even though I have been studying on the side.

“I want to build up towards the SA marathon champs on July 14. The Knysna race will serve as a good test of my form,” he added.